Mr. Janssen (1979) studied business administration at the University of Hamburg and Louisiana State University (LSUS), USA, successfully concluding his studies in 2005 with a master's degree in business administration. After graduating, Mr. Janssen was active until June 2009 for a Hamburg-based management consultancy specialising in capital market advisory. During this period, Mr. Janssen acted in an advisory capacity for HELMA Eigenheimbau AG for about three years. Mr. Janssen has been a member of the Management Board of HELMA Eigenheimbau AG since July 1, 2009, and assumed the role of the Chairman of the company's Management Board (CEO) on July 6, 2018. In particular, Mr. Janssen is responsible for the areas of personnel, corporate organisation, controlling, accounting, corporate finance, and investor relations as well as the subsidiaries HELMA Ferienimmobilien GmbH and Hausbau Finanz GmbH.

Mr. Janssen's current period of office as a Management Board member with sole power of representation of HELMA Eigenheimbau AG runs until June 30, 2022.

Furthermore, Mr. Janssen is Managing Director of the subsidiaries HELMA Wohnungsbau GmbH, HELMA Ferienimmobilien GmbH, and Hausbau Finanz GmbH, has in each case the authorisation to represent the companies alone, and is exempt from the restrictions of Section 181 of the German Civil Code (BGB).

Mr. Janssen is a Chartered Financial Analyst (CFA) Charterholder, and an active member of the CFA Institute, Charlottesville, USA. Mr. Janssen is also involved as a Management Board member of the BFW State Association of Independent Real Estate and Housing Enterprises of Lower Saxony/Bremen, and as a member on the Committee for Credit and Finance Questions of the Hanover Chamber of Industry and Commerce, as well as on the Money and Credit Committee of the German Chamber of Industry and Commerce. 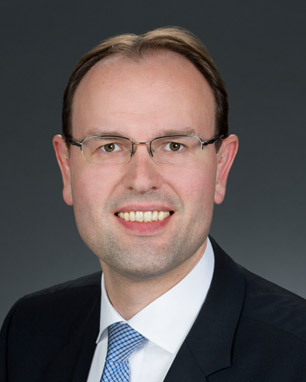